I Don’t Want to Be Governed.

The main role of the board is to govern the organization.  To see that is has a clear mission, a clear plan to make progress toward achievement of the mission, and the resources to carry out its plan.  And to check progress periodically.  Clear enough.

Another part of governance is to safeguard the reputation of the organization.  Clear enough, too.

What happens when the staff or part of the board (or both) don’t want to be governed?

Sometimes this situation arises out of genuinely good intentions.  The executive director is smart, thinks hard about the organization, and comes up with solutions to issues.  When a board member brings up a question or makes a suggestion in the same set of issues, the executive director quickly explains that that’s all been figured out, or here’s why the suggestion won’t work.  The board member, after a couple of tries to be helpful, concludes that she doesn’t have anything to offer, and gets pretty quiet thereafter.

Sometimes this situation arises out of incompetence or even malfeasance.  On very rare occasions, the executive director desires to keep the board off his back to cover ineptitude or worse.  He might react to questions with grumpiness or outright hostility, call into question the board’s motives, or otherwise make the interaction sufficiently unpleasant.  Almost nobody joins a non-profit board to reap heaps of unpleasantness, and everybody wants to get along.  So, many board members might just refrain from asking similar questions in the future, so as not to attract the wrath of the executive director.

In either case, the right answer is for board members not to fade away, but to pursue.  It’s the board’s duty to know what’s going on, to pose hard questions and to expect clean and respectful answers.  Pushback from the executive director is a signal to advance, not to slink away.

Directly challenging the executive director might not always be the best way to go.  The board may move into executive session to probe the response to the question, may convene a task force or working group to delve into the issue, or might have the board president work individually with the executive director on this topic.  The immediate aim is to find out why the executive director has reacted so chillingly, and to establish that there is no malfeasance, misfeasance or nonfeasance going on.  Then the next task is to see what has pushed the executive director’s button, and how to have him respond in a more useful way in the future, with this issue and others that may arise.

Because breaches of feasance are rare in non-profits, most of the time the board is dealing with an executive director who has already thought through the issue, has weighed alternatives, and has chosen a path.  The executive director is also very busy, and may not feel he has the time to bring the board up to speed on an issue that is water over the dam for him.  The board (or more likely board president) is in a position to help the executive director remember that the board’s duty is to govern, and questions are part of governance.  And that the board does not work on this organization’s issues full time, as he does, and needs a little forgiveness if board members are not perfectly up to date on all the details.

More, the board president can help the executive director remember that most of the board members are also major donors, and ambassadors for the organization, and among its most important volunteers, and as such they deserve not only some respect but also treatment that will help them do their jobs and not want to slink away or worse, talk badly about the organization.  The relationship between the executive director and board members matters, and needs continual burnishing.

Assuming that both sides, board and staff, are trying to do their best, the situation of an executive director who shuts down board engagement is still serious.  Don’t settle for it.  Encourage governance questions from the board and encourage respectful, patient responses from the staff.  If you don’t find either, pay attention to your instincts and follow up on troubling feelings.  It’s your duty. 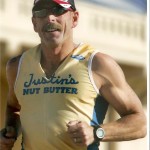 Contact Info
©Will Murray Company 2014 All Rights Reserved
Facebook
Help Board Members Find Their Role
Board, Staff and Reporting Relationships